Two new books based on URENIO Research projects and scientific collaboration are under publication. 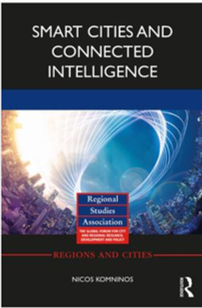 Smart Cities and Connected Intelligence is about digital and cyber-physical platforms that enable people, institutions and machines to connect, collaborate and resolve complex problems of the 21st century. Internet and world-wide-web platforms, big data analytics, software applications, social media and civic technologies, allow for the creation of smart ecosystems in which connected intelligence emerges and disruptive, social, and eco-innovation flourish.

The focus of the book is on three grand challenges that matter for any territory, no matter where it is located: (a) smart growth, a path that more and more cities and regions adopt, having realised the unlimited potential of growth that is based on innovation and digital technologies; (b) safety and security, in a world of intense social, natural and technological threats; and (c) environmental sustainability, use of renewable energy, protection of living ecosystems, addressing climate change and global warming, in a period of rapid urbanisation that makes established sustainability models and planning   obsolete.

The core argument is that problem-solving and novel solutions to these grand challenges emerge in smart ecosystems through connected intelligence. It is the wider form of intelligence that combines capabilities from heterogeneous actors (humans, organisations, machines) and propel problem-solving through resource agglomeration, user engagement and collaboration, awareness and behaviour change. 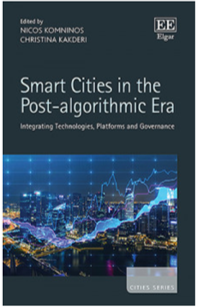 The chapters examine the changing nature of cities in the face of smart technology and key new challenges and capabilities from integrating digital technologies, institutions and governance. It argues that using algorithmic logic alone for automation and optimisation in modern smart cities is not sufficient, and analyses the importance of integrating smart city technology with strong participatory governance and digital platforms for community action.

Separated into three parts, the book moves from looking at the academic establishment of the smart city paradigm as an advanced system of innovation (part 1), to focusing on major digital technologies that allow collaborative initiatives to develop at large scale, such as the IoT, data science, social media, blockchain and artificial intelligence (part 2), and the governance of smart cities and how technologies and digital platforms allow for citizen engagement and collaboration networks that generate innovations for better cities (part 3).