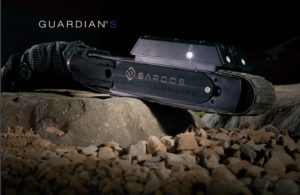 If history has taught us one thing about cities, it’ s that they’ re easier to build than manage over time. Once the original population boom is over, the city becomes a diverse spread of communities, institutions, and dimensions. It’ s a beautiful thing from a cultural point-of-view, but a challenging one from a planning perspective.

As time goes on and technology improves, cities must find ways to reshape themselves to adapt to these changes. The result is a never ending series of problems for city officials and others involved in municipal management.

With that said, five core problems continue to plague modern cities. These timeless obstacles are better addressed thanks to various improvements to technology. It’ s just a question of whether or not city officials act to incorporate these innovations into the existing management framework.

Crime
Criminal activity has been a problem for cities going back thousands of years. However, the modern concept of policing is a relatively new phenomenon, only taking shape within the last 500 years. As time goes on, law enforcement uses new technological tools to fight crime and investigate suspects. While many of these tools, such as facial recognition and surveillance drones, push the boundaries of privacy and civil liberties, others, like ShotSpotter and body-cams, help keep citizens protected.

Maintenance
Major cities rely on enormous infrastructure, much of which can be difficult to access and assess. Everything from bridges to HVAC infrastructure, tunnels, and corridors require routine inspection and maintenance. Knowing when it’ s time to take action requires regular inspection and data gathering, some of which can be inaccessible or even hazardous for personnel to perform. Deploying an inspection robot allows thorough inspections of urban infrastructure while keeping the operator safely out of harm’ s way. These robots enable real-time transmission of visual and sensor data.

Waste
Another timeless problem to plague significant cities is what to do with all the waste generated by individuals and businesses. Generally speaking, modern cities rely on trash trucks, landfills, and sewer systems to effectively perform waste management on a massive scale. These essential solutions are being optimized, thanks to the use of technology. For instance, weight sensors attached to dumpsters can indicate which alleyways need to be cleared and okay for the time being.

Pollution
Not only is smog an undesirable characteristic of a city’ s skyline, but it’ s also a public health hazard for the citizens living there. Efforts to cut back on air pollution has been a significant concern for most modern cities going back decades, but the fight is not over. Urban air quality continues to be improved thanks to various technologies, including massive scrubber systems and an uptick in electric vehicle ownership.

Lockdown
While the concept of lockdown is currently linked to the coronavirus pandemic, there are many other reasons why city officials would choose to enact a stay-at-home order. Natural disasters such as hurricanes and terrorist threats, and manhunts are other reasons for implementing a citywide lockdown. But to enforce such an order is often easier said than done. Thanks to technology such as mobile apps and automated warning systems, cities can more effectively encourage citizens to stay indoors until told otherwise.